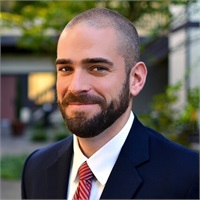 As a native Oregonian, Nick Hankerson grew up in the Portland metro area. In 2006 he graduated from Oregon State University with a degree in Finance and Economics. Nick started in the industry spending some time at Merrill Lynch, then transitioned to the independent channel.

Nick became an independent financial planner to provide the services and investments of one of the largest firms, while offering the personal attention and specificity of a boutique office. The primary focus of our team is to treat our clients as family, and develop lifelong relationships built around trust. In doing so, he adheres to the fiduciary standard and is a Certified Retirement Counselor (CRC). This client first approach has resulted in Nick achieving multiple awards, and being featured and/or quoted in Portland Monthly Magazine and Forbes.

Having deep ties to the pacific northwest, Nick resides in Oregon with his wife and two kids. When away from the office, he tends to spend his time with his family hiking, mountaineering, alpine touring or skiing.